What is the War Within Roleplay Game? Let’s take a closer look 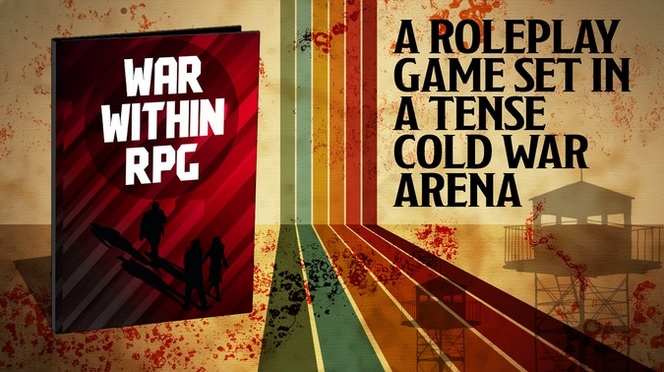 What is the War Within Roleplay Game? Let’s take a closer look

The players take control of a country. To help manage their lands they each have a country record sheet. They have Trusted Aides who they can send on missions to cement success. They are given or select a government type, and this exerts an influence over their decisions. If the players act in a way that seems opposed to the government type or questionable to the population then the people may rise up. In this way players receive Instability Points. Ten of these and the government falls to revolution and the player is deposed. But they can return to power and with the help of their Trusted Spies can influence and sway the population’s opinion of their new leader. This war within government is pitched in an open world where the players are compelled to respond to incidents and breaking news. The world is unstable, caught in the grip of a cold war, with no obvious power managing uncertain times where peace is a tenuous proposition.

The Games Master manages the world and the Non-player Governments or NPGs. As the players wrestle with internal politics the GM casts events into the game arena. Earthquakes, refugees, spies, media campaigns, armies, new technologies, all manner of event can appear, placed by the GM as Incident Slips next to the map. For example, a country may need help after a natural disaster, but will the players offer it? Or just stand by and watch? What will their people think of this inaction? How would this effect their standing within the world? And if their government types are opposed, they will likely cause instability within their population. The GM has ways of alerting the player to potential problems but will push the game forward by challenging player discussions and balancing consequence.

The map is the most important visual aid in game. War Within RPG revolves around the world map. It’s where the focus is. The player countries and at least five Non-player Government run countries feature. The GM will have created a short history, answering some key questions provided in the rules. The map grows and changes, notes are made upon it and Incident Slips are placed and resolved. There will be a series of versions of the map. At the beginning of each session the world may appear different. Borders or countries may have changed. Key structures might appear. For example, dividing walls, military bases, power plants, arrows indicating migrations or army movements.

There are many goals in War Within RPG. Firstly, the players must survive as the leader of the country as the coming events challenge their position. Secondly, they must decide what impact they want to have upon the world. Do they want world peace or domination? Thirdly they create a historical narrative, a story of the world that is guided by their own choices and united by common enemies.

War Within RPG is not restricted by complex rules that involve the GM spending their time sifting through hundreds of pages. But the GM must be the arbiter in most matters. It is a game that involves reactive improvisation and feeds on imagination. It is a game that embodies the roleplay element to develop fast moving narrative. It is about a story of a place and its people.

War Within RPG is designed by Toby Lancaster at DR Games. He is not only a designer of games, such as Rad Zone and Dark Force Incursion, but also an experienced fantasy cartographer. DR Games is dedicated to imbuing games with narrative and with War Within RPG the story is on the biggest stage.

This is a demo store for testing purposes — no orders shall be fulfilled. Dismiss

Have no product in the cart!
0